What a Bitch But I Love Her Hair

The other day, I was speaking to my colleague about complaining. I wasn’t complaining, and neither was he.  We were talking about the subject of complaining. In other words, whinging, bitching, whining, gossiping etc., all those wonderful ways of communicating.

He told me a delightful story of how he was in the car driving his girlfriend and her friend home from their office job. He sat silently while the two girls proceeded to complain in an annoying and persistent manner in the backseat for the whole trip. Now, this was a new girlfriend and he had never met the friend before, but right at the end of the trip he stopped them both and gave some inspirational advice. He told them that he was a pretty laid back kinda guy, he was a happy-go-lucky Aussie bloke, a relaxed and positive fella but he had to put his foot down and establish a new rule with his new lady love. His rule was this: that whenever you want to speak negatively about something or someone, you have to equally balance out at the end with the same amount of positive. In other words, a little bit of protesting needs to have a serving of praising in the same quantity.

“It made me realize that the moment you end a bitch session with a dose of appreciation for someone or something, you have automatically kicked the record off the reader.”

I absolutely loved hearing his take on balancing life. It made me realize that the moment you end a bitch session with a dose of appreciation for someone or something, you have automatically kicked the record off the reader. Your brain works like that! It is the same technique that I have learnt and practised countless times in my NLP training. Basically, you are screwing up your old neural pathways permanently.

So, for a person stuck in the pattern of complaining, this is far more powerful than most people would realize. Think of a bad day where you are about to run home to your bottle of red and drown your sorrows, but on your way home, you find out the scratchy you purchased last week was a big winner! Suddenly you have forgotten about your worries and like magic, you go home in a marvellous mood to smother your better half with kisses.

That’s exactly the same principle with treating a chronic complainer; get them into the habit of saying something positive after each complaint. At first, it will be a matter of consciously remembering it is time to balance that comment I made – the funny thing is, after a while, your brain will have developed new neural pathways that it automatically uses whenever it used to go to complain. Soon enough, you realize complaining isn’t your usual way to express yourself anymore. It just doesn’t come up! You also notice that you are calmer, like yourself more, and have more friends.

This is the essence of NLP and the power behind simple language choices and cognitive intention that becomes an unconscious habit. I am very thankful to my colleague for sharing this and am sure others will practice this little life-changing habit and watch the amazing results. If you relate to being someone who always looks at the shite side of life – give this trick a go! If you know someone who complains a lot or seems to be a drama queen – throw this technique as a suggestion at them. What’s the worst that could happen? 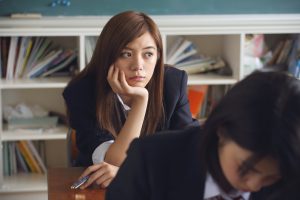 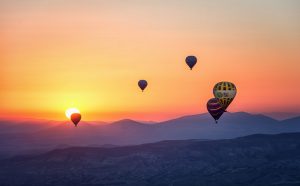 Over the last 30 years, I would have to say the condition that sits in my clinic chair more than 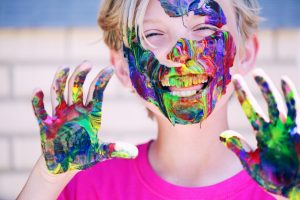