A project in the Bankstown Electorate.

In July 2019 Eco Minds Community Care inc. (EMCC) was awarded a grant to support the Teens in the Bankstown Electorate of Sydney, NSW, Australia.

This project is in progress and is being delivered throughout 2020-2021.

The NSW Government has committed $200M to an initiative called “My Community Project”.

“My Community Project” was launched by Service NSW in early 2019 and opened up applications to the public of NSW.

Sebastian Ramsey, a 17 year old teenager from Chester Hill High School, felt that the teens of the Bankstown Electorate needed support.  He teamed up with a sponsor: Eco Minds Community Care inc. and together they put forward an application to run a project in Bankstown for the teenagers.  Sebastian called the project “Teen Brains on Wheels: Help your Mind, Mind your Future”.

In July 2019, Teen Wheels on Brains was nominated by the NSW Government as one of the valuable projects to deliver to Bankstown and then in September 2019 the people of the Bankstown electorate showed their support by voting for it.

“Teen Brains on Wheels” is one of six successful projects to be delivered for 2020 for the Bankstown Electorate community.

Teen Brains on Wheels is about helping teens solve the day to day problems they face.  The program focuses on:

1)  prevention (rather than treating) of mental health issues by equipping them with the communication skills, the emotional resilience, and the skills to solve teen-life challenges before they spiral into a full blown mental health issue such as anxiety, depression, suicide.

2) teaching teens how to support other teens and resolve day to day problems. In this way the program has a ripple effect, reaching far and wide amongst other peers and into the community.

The project is developed and delivered by a team of professionals who have worked in the personal development industry for over 20 years.

Help us to do more …

You might be someone who has experienced the value of what have achieved in your community.
You may have just discovered us and align with our mission…
Here’s your opportunity to lend a hand … 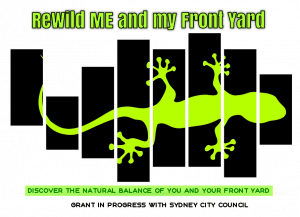 Rewild me and my front yard