Domestic Violence is Also Initiated and Maintained by the Victim

In my early twenties, I thought it was an odd thing that girls would stay in relationships that were physically or psychologically abusive or both. I’d just silently dismiss those victims as weak or strange.

I used to think but not say: Why don’t they just leave? They weren’t tied down or locked up.  Just leave and be free! I’d be pondering why even the seemingly strong girls couldn’t get up and walk out the door. Why were they “taking it” a minute longer?

It was a mantra of mine that if I found myself in a situation that was abusive I would be the type of person that would be “strong” and wouldn’t put up with any abuse in any form on any level.

Well, one evening I found myself being pulled from the couch and dragged across our living room floor by one arm. I was expecting a beating, and maybe until death because that’s the intensity of abuse I was perceptually used to in a psychological way.

I take responsibility for the situation I found myself in.

This is how that night unfolded.  Rewind just five mins before I feared I was going to die. He walks in the door at 1:00 am drunk.  He’d been drinking with one of the neighbours. A familiar event. He was an alcoholic. He loved to hang out with others and drink. He was extremely drunk that night. As he entered I was sitting on the couch, as I had been waiting up for him.

All the while in my waiting up for him, I had done my analysis paralysis and formed expectations and hopes that he’d want to spend time with me.  A type of crazy no solution talk that I’d done really well for four of the five years we’d been together. This particular night I wanted more than ever to make things right and for things to change so I had built up this courage to confront him with my truth that night to tell him why I was upset, why I was feeling unloved and unwanted and why things couldn’t keep going on this way.

As he stepped through the door, what I said triggered him to act violently.  I had already edited my sentences so conscientiously in the hour before so as to avoid such a response, but I had got it totally wrong!

I was not one for pushing his buttons consciously or intentionally. It was more like falling onto a new land mine I hadn’t put on my danger map that was stored in my memory bank, in the special quick retrieval file!

The type of person I had become was someone who had to go through in my head anything I would say to him and edit anything that he might find inflammatory before it came out of my mouth. If it touched one of his “land mine nerves” he would dis-love me, lash out, withdraw, throw coffee at me, yell at me, or just use his harsh tone that meant another strike against me.

After years of this cycle of pain, I resorted to internalising 90% of the suffering.  Why? Because trying to communicate and figure it out as a couple only led down the same path of more of the same hurt cycle and truly he did not want to work at resolving anything. I’d wail in hurt and pain and he would show me no compassion.  Once I recall that he suggested to “Keep it down, the neighbour can hear you!”.

I fully understood in those five years of psychological abuse how other victims would wish they had been physically beaten instead.  You can’t see the realness of your situation when it’s non-physical. You can only feel the broken heart, the nervous system that is constantly on high alert, shattered confidence, a promise of love that is always just out of reach.

So why does the responsibility fall to me for the situation I walked into willingly and stayed in for five years?

He was dissociated but I was expecting him to feel something and act as an associated human with emotions and authentic true communication.  I failed to acknowledge that he was a product of his own history of pain and fear and mental illness that he was not ready to address and own himself.

I became the victim because I consistently, for those first four years, took on the responsibility for being “faulty” and “not good enough”.  I consequently “taught” my ex-partner that his behaviour was acceptable and forgivable and reinforced it for four years. My ex-partner was highly manipulative and could swing any situation I was hurt by into it being my fault.

What I know now is that I was missing some vital personal qualities and insights and that meant this cycle of suffering lasted for five long years in my case.  I truly thought I might die there because I could not “escape” my own personally constructed prison and the psychological harm I would allow to be inflicted on me escalated over time.

I knew in the first six weeks of the relationship that it was wrong for me.  My intuition spoke and even though I heard it, I ignored it. My persistence for wanting it to work always hid my knowing that it was doomed.

The parts I valued in the relationship were used as bandages wrapped tightly around the parts that were hurting. My situation, like many domestic violence situations, often have these two qualities:

I have thought a lot about that five-year relationship; how it started, how it persisted and why.  Over the past 15 years, I sought answers from books and experts because I was seriously curious, on a mission to find out why and how.  One of the most knowledgeable in this area was my late husband, Robb Whitewood. My insights today on the subject are founded on most of his wisdom.

I decided to write this article to support others to identify whether they are in an abusive relationship cycle. I have come up with a list of qualities and insights that I failed to own which perpetuated the cycle of abuse.

Personal qualities and insights that might be missing if you find yourself in a cycle of abuse:

I recall I would perpetuate my staying in that relationship by not seeking the right help because I wanted it to work so desperately and I feared that the right help would tell me to leave.

I feel that it was part of my life journey to experience this period of suffering, stress, confusion and pain.  Without it, I could never have understood others in a similar cycle. The compassion I hold now for men, women and children in any domestic violence situation is deep for any of the roles that are being played.  There are three main roles: the victim, the rescuer and the persecutor. In my perception, all parties involved can play any of these roles in the one relationship because relationships are dynamic.

If what I’ve described above has resonated with you, and you think you might be in a cycle of abuse, ask yourself:

I encourage you to reach out to someone who can help you break free of your own psychological prison.  The way I found freedom was to do a lot of personal development.

The penultimate solution for me was a technique called NRT (Neuro Relationship Therapy). NRT is carried out in a professional setting with a qualified practitioner.  It is gentle, rapid, safe and permanently freeing. With this one technique I could “break free” of the toxic cycle and move on. Was there fall-out? Yes, of course.  The rage of the ex was spectacularly huge because there were no more buttons he could push to bring me back into the drama cycle he thrived on. His rage was temporary, my freedom was permanent.

NRT is one of the fundamental therapies for relationships that Eco Minds endorses.  Many of the practitioners listed here are fully qualified in this therapy. Discover a practitioner you would like to work with here.

Neuro Relationship Therapy (NRT) was created by the late Robb Whitewood.  It is truly a magical gift to humanity.

PrevPreviousPersonal Development and The Dark Night of the Soul
NextSelf-Love or Self-Loathing? 3 Quick Ways to Assess your Level of Self-LoveNext 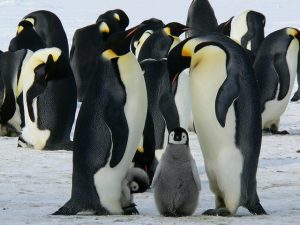 To perform at our peak we need to let go of the notion that we can be everything to everyone, 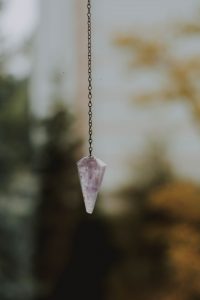 There are a couple of nice big words there, so let’s break it down. Clinical – observation and treatment under 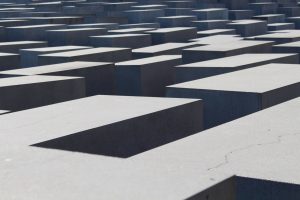 Selling To The Unconscious Mind

Selling to the unconscious mind of a client is the most profitable way to guarantee sales success. When a person