Home » Insights » Be Liberated » Confessions of a Serial Learner: 3 Bulletproof Strategies to Undermine your Growth

Confessions of a Serial Learner: 3 Bulletproof Strategies to Undermine your Growth

For me, it’s learning. Learning and growth. They make my day. With childlike curiosity and a constant thirst for more, I absorb books, videos and podcasts, and simply enjoy pondering and discussing new concepts and information. The problem is, so I recently realised, I haven’t always been very good at it. Quite the contrary, in fact. For years, I was learning and learning and yet I was undermining my own growth with three strategies I wasn’t even aware of. Here they are.

Ah! Who hasn’t said it? Sometimes as a throw-away line; sometimes to shut someone else up; and yet at other times because we honestly believe it’s the truth. Two little words. Two little but powerful words that tend to escape from our mouth so easily. They are: I know!

Why are they so powerful? Because most of the time they pretty much shut down the conversation straight away. Let me give you an example. One of my biggest weaknesses (yes, I called it a weakness!) is marketing, which – when you run a business – can be a bit of a problem (and yes, I called it a problem). So one day a good friend of mine did the kind thing, pulled me aside and said: “Maike, you either need to outsource your marketing or sit down, learn it and do it yourself.” My answer? “I know!” Conversation closed. But did I? Because if I did, then why didn’t I do anything about it? What do they say again?

“To know and not to do is to not yet know”. And that’s the truth, isn’t it? Yes, of course, I intellectually knew that my friend was right, but all my little ‘I know’ did was to put a clean-cut end to the conversation. If learning and growth were really that important to me, I could have opened the conversation instead of closing it. For instance, a more learning and growth-centric response could have been: “Thanks for reminding me. I really do have to do something, don’t I. Do you know anyone by any chance who is good with social media marketing?” Maybe they would have had an idea, a connection or would have been able to provide direct help.

Just an example. There are a million other responses I could have used; all of which could have led me onto a path of learning and growth and – most importantly – progress in my business. Yet I chose to turn a blind eye to the issue and used the ‘I know’ tactic to slam the door shut.

So the next time you’re about to send out your little ‘I know’, just pause for a moment and ask yourself: do you really know or are you just trying to get out of the conversation?

As a student, I was part of a student leadership organisation. First in Germany and then in Australia, where I was completing my Master’s degree in Finance. Given that the majority of members in Australia were Bachelor students, I was up to seven years older than most of them. Of course, at the age of 25, I thought that this was an irreconcilable difference and that my age meant that I had tons more experience and wisdom up my sleeve. Consequently, I refused to learn from them: at meetings, at conference workshops or in any other way, shape or form. The sheer thought of an eighteen-year-old talking to me about leadership made me sneer.

It was only recently that I realised that, over the years, my refusal to learn from someone younger had turned into a trend. And this trend hadn’t been limited to people younger than me. I had made judgments on a lot of people: too young, too old, too educated, too uneducated,… you name it… to learn from.

So here is what happened to turn this around. A few months ago, I desperately needed some expert advice in an area of my life, in which I felt super stuck. So I did my due diligence, engaged in research, talked to people and always came up with the same result: the person best suited for my needs was someone I knew from my Australian student organisation times. Someone younger, someone who – back then – I could never take it seriously and – quite honestly – hadn’t really cared for that much (jealousy is a terrible thing…). Ouch.

My ego wasn’t happy. At all. So I did the natural thing: completely discarded her as a possibility to help me solve my problem and merrily continued my search for someone else. Unfortunately, it wasn’t that simple, because all roads lead back to her. And when I say ‘all roads’, I mean ALL ROADS.

So one day, still facing the same issues in my business and still grumbling about yet another reference to her popping up, the penny finally dropped. Here I was, priding myself in being a lifelong learner and yet my attitude prevented me from being exactly that. What a hypocrite! After a bit of toing and froing, I finally bit the bullet and checked out her stuff. And you know what?! I absolutely loved it. Best of all?! It solved my problem quickly.

I felt like a fool, but that was a good thing because it was one of those aha-moments that a lot of people talk about. After this experience, I swore to be open to learning from everyone around me. In some cases, what people have to say will be useful, in others it won’t. And that’s okay.

So the learning here is attitude alert! From time to time, it’s a great exercise to sit back and contemplate whether your attitude is getting you closer to your goal or is leading you away from it.

3. All Thinking, No Doing

The last one is pretty straight forward. A lot of people attend seminars, read books, watch videos and think: “Wow, what great concepts. I must incorporate this into my life.” And then, after trialling that ‘new thing’ for a few days, they revert back to their old habits and ways of doing things, with the book and seminar handouts put into a dark corner of the study soon to be forgotten.

Well, I know this because I used to be one of them. In fact, as a proper serial learner, I used to read books and summarise them, followed by sorting the summary printouts neatly into folders. And guess what happens next?! Exactly. Absolutely nothing. Never to be touched or opened again, the folders started collecting dust on my shelf before taking up space in containers. Most recently, they started their one-way journey to the bin.

In short, I was learning – A LOT – but I wasn’t using this knowledge for anything, least of all application in real life. In fact, I was all thinking, not doing. I was learning but not growing, because – let’s face it – in order to grow we must actually implement, trial and do.

So, nowadays, whilst I still love learning, my main emphasis is on growth. Instead of absorbing one book, webinar, video and blog after another – just like a junkie – I take one idea and implement it in my life. Of course, sometimes the shoe doesn’t fit and in these cases, I abandon that idea (at least for the moment being) and move on to the next.

Anyhow, that’s it from me: three bulletproof strategies to undermine your growth. Take it from someone who knows. I am off now – to read a book! 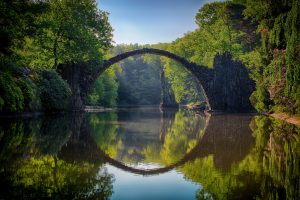 Getting over it all. I know, I know. Build a bridge, get over it, and all the other platitudes one

Over the last few weeks, I have been focusing on making life work. To do this, understanding the concepts of 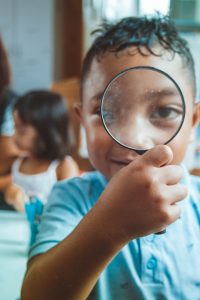 Challenge What You Know: The Concept Of Right And Wrong

In 2006, a documentary was released called “What the Bleep!? Down the Rabbit Hole”. In this brilliant film, the concepts