Home » Insights » Be Liberated » Being Congruent with My Subconscious

Being Congruent with My Subconscious

Some years ago, I went searching for something.

A belief, an idea, a technique, something (!) that would somehow fulfil that “turning wheel,” as I called it,  that appeared to be revving inside me with nowhere to go. I did meditation, silver mind control, Feng Shui, did a short tarot card course, became a law of attraction coach, read lots of books, and nothing seemed to engage the “turning wheel” until one day, in an NLP class, where I learned a magic word, “congruency”.

Don’t laugh, I had never heard that word before. I knew what it meant only because of the subject of the conversation. And like true magic, everything began to make sense! As our trainer, Rob Whitewood would say, once you know what it is! It’s gone!

The “turning wheel” kicked into gear and began to move with direction. What I learned at that moment was that when my conscious and subconscious agreed, I was good to go. I felt empowered and relaxed, capable and free, and that whenever I did not feel those good feelings, then something wasn’t quite aligned.

I knew we were conscious and subconscious but my understanding of subconscious was not that good. Although it should have been, because when we were children and we did something wrong we were called “inconscientes” (my native language is Spanish) meaning without being conscious. Aha, I thought, when you acted without your conscious (subconscious only) things didn’t turn out so good.

I am sure our parents did not understand what they were “actually” telling us then, but the lesson was when you act using only one of these two wonderful parts of your mind you may do something stupid, or inappropriate. Like when you ‘fly off the handle’ and then you go, oops! Not so good, where did that come from? Or when you are about to act on something and you get that strange feeling inside you that says stop! But everything looks okay, so you do it anyway and then, oops! Something’s gone wrong and you say to yourself “I knew it”.

And that wasn’t all I learned, in that powerful training class. What I also learned was that ‘goals’ and ‘dreams’ are all possible and will most probably always come true effortlessly if they are CONGRUENT. And that they will all become a reality when everything else is right, when “the time is right”.

I have lived a challenging life. During most of my life, I had two dreams that I believed with certainty to be IMPOSSIBLE but I truly loved the feeling I had when I thought of them being real. At the age of 60 without any warning, without any preparation, in the most incredible sequence of never expected events, they both became my reality. Did I believe it would happen? Did I have to write it and read it a thousand times? I didn’t. I just knew without question and without a doubt that was what I wanted to have in my life, and when I thought about it, it felt right, and I would just let it go.

So, no matter what you believe, dream and live congruently, and make your conscious and subconscious your best friends. Together, they are your most knowledgeable and talented allies, and they have the power to guide you and make your dreams a reality.

PrevPreviousThe Penguin Principle: Faulty or Perfect Design?
NextThe Time Machine Will Take You To Your PurposeNext 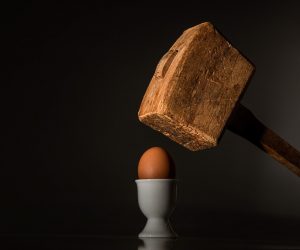 The Balance of Easy-Hard and Hard-Easy

I know this sounds like an odd title. It’s really about asking yourself which one you are. ‘Easy-hard’ or ‘hard-easy’. 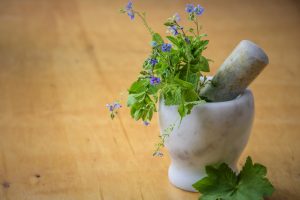 It easy to say to an expert – follow your own advice. As NLP practitioners, we have the knowledge to 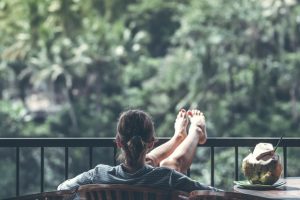 Behavioural Change: The Benefits That Keep You Stuck

Changing your beliefs and behaviours can be difficult. Yet some people seem to manage just fine. Why is that?