Home » Insights » Be Wise » A Mugging in Vegas: Trust Your Intuition

A Mugging in Vegas: Trust Your Intuition

A big scone came up instantly where the Corona bottle had smacked the side of her head. It was red and sore and had barely missed her ear. She was lucky, shaken, but lucky… The streets were dark and deserted. We had to get out of there fast. I had ignored my intuition and this was my fault.

The night had started well. Being thrifty, we had booked a cheaper hotel slightly past the Stratosphere along the glitter strip. The three of us, my sister, brother, and me, were a team on an adventure having just jumped off a 14-hour Greyhound bus trip from San Diego, arriving in Vegas in the early hours of the morning. We were relieved to get off the bus from hell and breathe some fresh air. Someone should have fixed the toilet at the back of the bus. It had been a gritty, eye-opening drive and watching someone shoot heroin in a car park had been my highlight. Never mind, we had finally made our destination.

To me, Vegas has always been the image portrayed in  Hollywood movies – fast and fun. It certainly lived up to its name. There was nothing but bright lights and endless casinos. Drunken men and women packed the streets. In retrospect, it is a giant version of Bourbon Street in New Orleans or Beale Street in Memphis – an adult’s only version of Disneyland.

The sun had risen by the time we checked in and as we unpacked our bags in our hotel room we looked around and noticed some dodgy trimmings that complimented the hotel: a wet carpet that squelched under our feet, an air-conditioner that sounded like a jet plane and of course, a bedspread that looked like you should only use tongs to get in under the safety of the (hopefully) clean sheets. It didn’t matter – we wanted to just get out and start our adventure. But first we had a well-deserved nap and then we would sample the delights of Sin City.

Just before we left the hotel room I remember my sister and I deliberating on whether to leave the passport hidden in the hotel room or safely in our purses. It’s a bit of a mixed debate on travel advice sites. I decided I didn’t like the look of her handbag with one little strap that went over one shoulder and could easily be tugged off her body. So we tucked our passports under the mattress and headed out.

The hotel, being cheaper, was a good 30-minute walk to the main section of the strip where the major hotels are. There were hardly any people around and as we passed the Stratosphere again, people started to populate the streets. I thought nothing of it, and neither did my crew. A full day of walking ensued, including a cheeky beer and a few slots to lose money in. We left my brother at his now favourite poker table at the Flamingo and went on our own adventure.

It takes about 45 minutes to walk down one side of Las Vegas Boulevard and in the 40-degree heat, that’s quite exhausting. So come 4:00 am after a ridiculously big day of exploring, we began the walk back to the hotel. As we passed the Stratosphere again, the last hotel at the North end of the strip, we noticed the lack of people again. It was eerily quiet. I didn’t like it but I ignored the feeling. The last dodgy hotel I noticed had strippers and an advertisement for a raging bull ride of which I noted I would not be partaking in. We kept close to each other and continued the walk.

She was wearing no shoes and her tee shirt hugged her and was too short for her stomach, which hung out grossly. She had tiny shorts on and messy hair and held a half-full bottle of beer in her hand. It really was a ridiculously odd scene but it didn’t click at the time. There she stood, a young Hispanic woman, all alone with no shoes on and no one else around, just standing there on the side of the footpath.

As we approached she called out, “Excuse me, do you know where Fitzgerald Street is?” She had a map in her other hand. My sister was slightly in front of me and did a big round step out of this strange woman’s way. She sensed danger was imminent. She then spoke for both of us and said we didn’t know and couldn’t help her. I, on the other hand, was very naïve. I had very little experience to draw from and had never encountered any dodgy street behaviour in my life, including the entire year I lived in questionable locations in London. I stepped towards this odd woman and peered into her map, searching for this mystery street (which it turns out, doesn’t exist).

Suddenly I was very confused. There was movement and erratic motion and I was stunned frozen. As the scene became clear I realized this woman had grabbed my sister’s handbag and was madly playing tug-o-war with her. They were both clutching it tightly and neither would let go. In a panic, my sister sprayed the woman with water from her plastic disposable water bottle. It momentarily confused the woman. WACK! The next thing we knew my sister was reeling in pain as the force of the glass Corona bottle made contact with the side of her head. Instantly she let go and the woman ran down a side street to a waiting car which we only noticed as she jumped in. My sister burst into tears as the car drove off, never to be seen again.

“My passport!” My sister screamed. It was a hard-hitting thought that terrified both of us. This woman had stolen all her money, cards and passport. It was time to get the hell out of there and we ran back to the hotel, my sister clutching the side of her head. The hotel clerk was completely apathetic and just did not give a damn. Despite the mascara and tears smeared on her face, he remained rude and sour. We had no one to turn to but our dad back in San Diego, who upon hearing the news, immediately booked us into the Riviera right in the heart of the strip. By this point, I had had enough. I wanted out of Vegas at that very moment. I wanted to have nothing to do with Las Vegas ever again. But we still had three days left.

The next morning we checked into the Riveria and were pleasantly surprised. It was a nice modern room and one of the original Vegas casinos where the famous movie, Casino was filmed starring Al Pacino, Robert D’Niro and Sharon Stone. The joy of being in Vegas was returning, but first, my brother wanted to play investigator. He revisited the very spot where we were mugged and found the infamous Corona bottle. Carefully picking it up with a tissue, he placed it in a paper bag, ready to lift the prints.

That evening, the three of us went to a very scary place, a place I would not recommend anyone goes; the downtown Las Vegas Police Station. The police were quite impressed by my brother’s genius idea to get the prints and after we both sketched our best recollection of what the Hispanic woman looked like, it became apparent that this woman was a regular menace to the neighbourhood. There were many accounts of a woman of the same description preying on innocent tourists. The rest of the trip was probably very similar to any other description in a travel blog about the famous city of sin. Although I won’t mention the fall my sister then proceeded to have in the Bellagio hotel foyer, or the blood that ensued,  needless to say, she had some stories to take with her forever. On the other hand, I learnt a lot that night through the misfortune of my sister. I realized that the feeling in my gut that shouts BE CAREFUL when in a dangerous predicament was a communication mode that I had been completely and utterly ignoring. I have since spent a lot more time listening to my gut feelings in everything I do and every choice I make.

We are all blessed with this amazing thing called Intuition and to this day, that night in Vegas is a reminder to always listen to my instinct. Some would even go so far as to say our stomach is a second brain – so listen to it.

PrevPreviousHappiness is within but what about my bucket list?
NextLove is a Marvellous WordNext 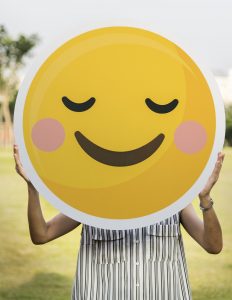 Understanding Happiness: How The Mind Works

In all my years of working with people, I have come to understand that no one walks into my office 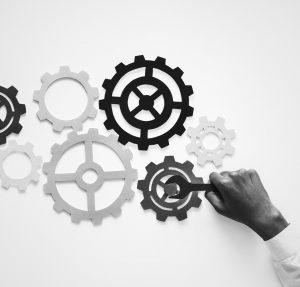 In the previous article, I introduced the profiling and time-based techniques with a client, Anne. During self-hypnosis techniques we worked 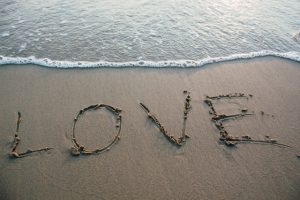